My Wiring Closet At Home 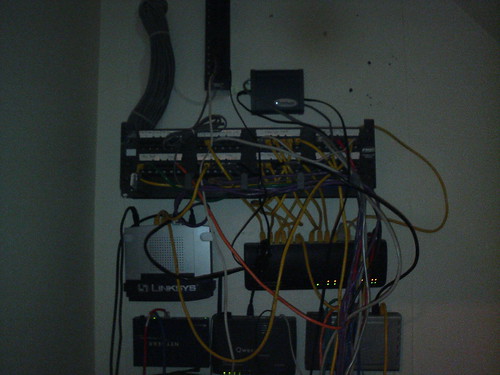 Rivals what I’ve seen in many small business. This shot doesn’t include servers or other switches, either.

I had originally tried to post this from my Nokia N93, which with a little magic, would also post this directly into my blog after uploading to Flickr. Of course, I cocked things up the first time around and it didn’t go as planned. In theory it should work next time. I’ll find something semi-cool to take a picture of and post from the N93 tomorrow.