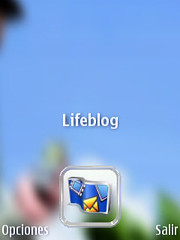 I’ve been trying to figure out if something existed that would allow posting from Nokia Lifeblog. I found code a couple of places, but it didn’t seem to work. Furthermore, the sites that had them were written in German, so there wasn’t a whole lot of documentation on it other than the sparse code comments.

Debugging what was going on was difficult. I use a shared hosting environment at 1&1 for my blog, which meant I didn’t have much access to logs or a sniffer at that end. Obviously when posting from the mobile phone, there isn’t a whole lot of debugging either. I used a Nokia N93 with WiFi, which was accessing the net via a Linksys WRT54GS that I had loaded DD-WRT firmware on. This means I had shell access to my WiFi router and could run tcpdump to troubleshoot what was going on at the network layer.

I started doing the usual sorts of things one does when debugging code: I added a whole mess of “verbose debugging” statements which spewed copious amounts of data to the debug logs. Somewhere along the way, Nokia changed how LifeBlog passed the authentication credentials, so I had to make a change to the code slightly. Probably breaks backward compatibility of course.

After I corrected all the various references to items in the WordPress database that didn’t exist in 2.0.5 and accounted for other various issues, I discovered something peculiar: a function inside of WordPress was crashing for no good reason. Specifically, it was wp_create_thumbnail. Instead of trying to debug that function, which I think was also the reason I was having troubles with the Postie plugin a few days ago, I ended up hacking in ImageMagick support. Specifically, all it uses is the “convert” binary to do what wp_create_thumbnail does.

Anyway, the code was a little messy before I got it and I’m sure my mucking about in the code made it just a little worse. But the code works on my current setup (Nokia N95 with Lifeblog application). Maybe it will work for you. Maybe it won’t. Try it and post your feedback/questions/etc in the comments.

Known To Work With:

Known Not To Work With:

After that, you should be able to use Lifeblog on your Nokia handset to post to your WordPress blog.