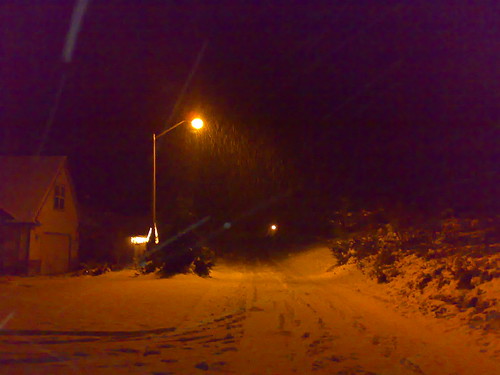 If you’ve ever tried taking a cell phone picture in low-light conditions, you know how crappy they turn out.  This example taken from a Nokia N73 last year shows you just how bad they can turn out. Notice the purple tint in the black areas?

The reason for this is simple: current cameras don’t see very well. The current sensors used on current mobile phones are an array of red, green, and blue pixels. Each pixel see it’s own color really well, but can’t see much of anything else, particularly when it’s dark.

The new sensors that Kodak is coming out with incorporate a “clear” pixel that sees all wavelengths of visible light, making it more acutely aware of the overall lighting level. This would make for better low-light pictures, making the purple tint a thing of the past. Meanwhile, I’m not sure how this will affect shutter speed, but the Popular Mechanics folks say it will improve that as well.

They say the first prototypes devices carrying these sensors will appear early this year. We need to get these sensors into some Nokia devices, stat!
Via ZDNet/Russell Shaw