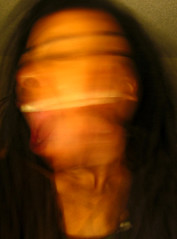 I recently did something I never thought I’d do: I followed Jason Calacanis on Twitter!  Partially because he decided to follow me–probably because I participated in his little Qik stunt where he asked those following on the live stream to digg a story for a page on The Best Evil Robots on Mahalo. That and if he becomes #1 on Twitterholic and gets over 20,000 followers, he will give one of his followers a MacBook Air.

As a bit of a curiosity, I also checked in on some of his other live stream feeds, complete with live chat streaming by at a feverish pace. It was clear that there was no way Jason could keep up, managing to respond to maybe the two most recent chats he saw.

This experience makes me think back to the days when I was working with a large number of customer cases at Nokia. At some point, the sheer number of cases you have–and the relative activity of each one–determines if you’re able to keep up. I found my “cry uncle” point to be about 30 cases, of which four or five required constant updates. Beyond that, it was tread water time.

I haven’t figured out what my cry uncle point is on Jaiku or Twitter. I am currently following 64 people on Twitter, and 62 on Jaiku, which includes a certain amount of overlap. I am very particular about who I choose to follow so I can keep up with the resulting streams of consciousness.

Watching how Calacanis operates first-hand with Qik and ustream gave me a great deal of insight as to why Calacanis, Scoble, and others want to have so many followers on Twitter that they can’t possibly follow them all: it’s all about shameless self-promotion.

People who follow these “famous” people on Twitter want to be “close” to their idols. Twitter seems kid of intimate. You are a “friend” of this famous person. You can now send them short messages expressing your adoration or answer whatever query they have.

These famous people seem to be using Twitter to promote themselves. Because there is literally a firehose of replies and the like, it makes it impossible for people like Jason Calacanis to participate in truly two-way conversations with his thousands of followers. Twitter becomes more or less a broadcast medium for these people.

At the end of the day, I have mixed feelings about this. I don’t know if I want to become so popular that Twitter, Jaiku, and other tools become simply a broadcast mechanism for me. I like having intimate conversations with my followers. Sure, it makes crowdsourcing a little more challenging, but I can actually be connected with my followers.

What do you think about this? Let me know your thoughts.