AOL Allows SIP Clients To Make Calls. This Is News? 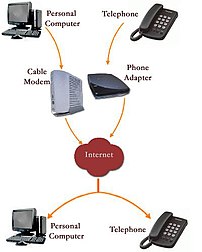 So let me get this straight. AOL is “opening” their telephony platform to allow SIP clients to connect in and make calls. So now instead of paying a penny a minute–or less–I can give more money to AOL. Yawn.

To give the contrarian point of view, David Beckemeyer calls this a great thing because “we now have a household brand not referring just to “VoIP” but referring to “SIP” – the standards-based protocol for VoIP, something neither Skype nor Vonage has done.”

The reason that Skype and Vonage haven’t promoted SIP is that end users don’t give a rats ass if it’s SIP or some sufficiently advanced technology that is indistinguishable from magic. They just care if it works and works well. Skype and Vonage both know this.

I’m trying to figure out what the hell AOL is trying to do with telephony. I know they tried doing something a couple years back, but what became of it? Nothing. What’s going to become of this? Nothing again.