Nokia To Own Symbian, Then Set It Free 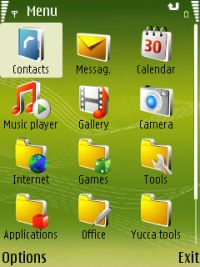 For the second day in a row, my internal email at Nokia causes me to drop what I’m doing and blog. And this, my friends, is some news. BIG news.

According to a press release, Nokia intends to acquire the remaining shares of Symbian that it does not already own. It already owns a controlling interest, so it shouldn’t be too hard to get the rest of them. Of course, there’s also the pesky EU approvals.

That in itself is big news, as it makes it far easier for Nokia to make operating system-level changes. But that’s only part of the endgame. Nokia plans to turn over control of this newly acquired intellectual property over to the Symbian Foundation, which will then license it–royalty free–to members of the Symbian Foundation. Members of this foundation include Motorola, Samsung, LG, Sony Ericsson, several mobile operators–including AT&T!–and chipmakers like Broadcom, STMicroelectronics, and TI.

And the final endgame here is open-sourcing the Symbian platform entirely under the Eclipse Public License. That means not only the device manufacturers can have at it, but everyone can! This is planned to happen within the next two years, but we all know how these things go.

So what’s going to make up the Symbian Foundation in terms of a base? Symbian, S60, some parts of UIQ and MOAP(S). While things will start fragmented, the idea is to create a unified, open-source platform based on a system that a lot of people already know and love (or hate).

It’s going to be some time before we see the results of all this hard work. Clealy, though, this is a response to Android, and based on what I’ve heard about Android, it will be more open source than Android is. It’s also a relatively known platform, versus Android, which isn’t even shipping yet!

How will this factor into responding the iPhone? How does Maemo fit into this strategy? Hard to say at this point. Things just got a bit more interesting in mobile platforms, though, and it’s a great time to be a part of Nokia, even if I work for a part of the company that has nothing to do with this work