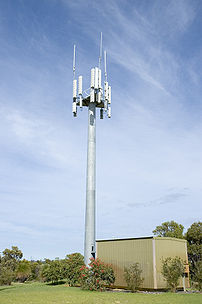 I got my last mobile phone bill from work. Ok, we really don’t get bills like you might get for your personal line, but we can certainly find out what it costs. I about hit the floor when I saw the amount of my last bill.

See, in June, I was in Ottawa for 5 days. That made my bill a bit on the insane side. I was curious what exactly caused the massive jump, so I ordered detailed billing records for my AT&T line.

As I expected, it was my 5 days in Ottawa that did it. While voice roaming was high, I didn’t make a whole lot of calls, so it was a relatively small amount. Text messaging gets expensive at $0.50 an outgoing message, but there wasn’t too many of those.

Data was the culprit. Big time. Approximately $12.50 a megabyte. I did not use an excessive amount of data–just had email going. That was enough to account for a large jump in my bill.

As I periodically go to Ottawa, it’d be nice to have a SIM to stick in my phone that gives me something resembling a fair price on data and calls. It’s (obviously) not something I’d use except when in Ottawa. Aside from getting a prepaid Rogers SIM (or ordering a Rogers SIM internally), what other suggestions do you have?