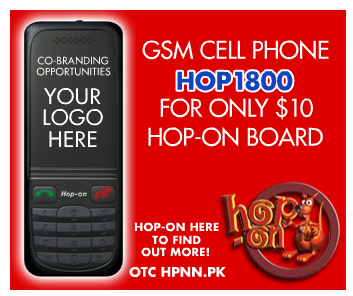 Back in May, I wanted to write about Hop-On and their $10 mobile phone. However, one of my blogmates on the blog I was writing on at the time beat me to the punch. Good thing, as it appears this handset may not really exist.

Pat Phelan has been trying to connect with Hop-On for over a year to, presumably, get signed up to distribute the thing. Pat Phelan claims that both phone numbers were disconnected and emails to them go unanswered. While I did get a PBX that answered the phone (sorry, Pat), I have no reason to test their email system out.

Pat Phelan called out a number of bloggers that wrote about Hop-On basically regurgitating their press release without doing any investigation. While I can’t claim I’ve never done that before, in this case, all one has to do is apply a bit of critical thinking skills.

While I currently work for the largest mobile phone manufacturer in the world, I don’t do a whole lot with phones. However, I’ve done some research on what it costs to make mobile phones–just in terms of raw materials. Based on the confidential information I’ve come cross, I would call into question the ability for Hop-On–or any company–to make a phone that sells for $10 and makes a profit without some kind of subsidy.

Most bloggers don’t have access to that kind of information. Instead, let’s just look at a comparable product, say an extra handset for your wireless phone system in your house. For all intents and purposes, they use similar materials: plastic casing, a speaker, a microphone, a battery, some kind of PC board and electronics to drive it, and some kind of radio. Some kind of LCD screen is optional. Retail price: while it varies based on a number of factors, these handsets can be had for as little as $25, though it is generally more.

The two functional differences between a handset for your home phone and a mobile phone handset are: the size–mobile phones are usually smaller–and the radio used. My horse sense tells me that the cost differential of the radio is probably negligable, but making a phone smaller does increase the cost.

And then, of course, there is the small issue of manufacturing enough of them that the cost of production is low. Nokia has cranked out 200 million of the Nokia 1100 series phones, and the price has not come anywhere near $10–except when it is subsidized by Tracfone and similar carriers.

No matter how I look at this, something just doesn’t add up. While I’m not exactly calling Hop-On a bunch of shysters trying to sell me a bridge, I am highly skeptical of their claims that they are able to make a $10 phone. All we’ve seen from this company are press releases. I don’t think any actual product has shipped.

But of course, Hop-On isn’t the point of this story. The point is: far too many bloggers don’t do their homework. They simply take statements–or press releases–at face value without thinking it through. And no matter how I approach this Hop-On thing, I just can’t help but think something doesn’t add up.

Now, if the Hop-On folks want to prove me (or Pat Phelan) wrong, by all means, do it. We’ll be the first to admit we were wrong. What about the rest of you bloggers out there?