Could You Ditch Your Smartphone? 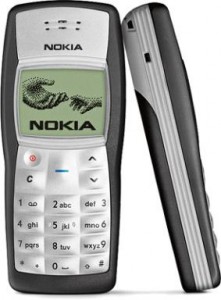 Charlie Schick over at Nokia Conversations asks an interesting question: could you join The 1100 Club, i.e. use nothing but a Nokia 1100 series device for a month?

For those that don’t know, the Nokia 1100 is Nokia’s most popular phone, bar none. Over 200 million of these phones have been sold worldwide since late 2003, and they continue to sell.

What is so great about this phone? It makes and receives calls, it sends and receive text messages, it gets insanely good battery life, comes with a flashlight, is built for the harsh environments of developing countries, and it’s cheap. One model in this family (the Nokia 1101) comes with a simple WAP browser. That’s it.

Quite frankly, it’s one of the best phone phones, bar none. If I could find them unlocked in the U.S., I’d buy a couple to keep around to give people who just need a phone when they lose or break theirs. Or heck, buy a couple for my kids to use!

Back to the original question; could I ditch my smartphone? Probably not without carrying more stuff. My Nokia N95 8GB serves as my Internet access device on the go as well as my music player and my digital camera. Now if only I could get as much battery life on my N95 8GB as the Nokia 1100 gets…