What Is The Secret of Social Networking? 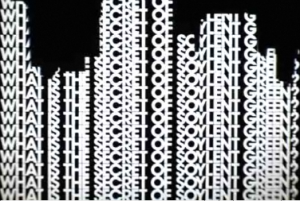 If you’ve seen the movie Soylent Green, or even if you haven’t, you know what the punchline to this story is. Even if you do know the punchline, read on.

Humans are undeniably social creatures who crave connections to other humans. Email, IM, Twitter, Facebook, Plurk, SMS, and many others are services that, at their core, serve one of our most basic needs as humans: to connect with other humans.

As geeks, technologists, marketers, or what-have-you, it’s real easy to lose sight of the people and focus on the technology and what it enables. Or get into endless debates why service X is better than service Y for a specific purpose.

While I was traveling to Israel, in one of the rare moments where I actually had time to peek at Twitter, I saw a comment from Lee Dryburgh, who questioned the popularity of Twitter:

Twitter is just slow public IM coupled with SMS+RSS.I still fail to see the greatness in Twitter as a specific platform or technology.:(

My immediate response, pretty much says it all:

Why Twitter became popular is the subject of some speculation. From my point of view, it doesn’t matter what caused Twitter to become wildly popular. The very fact there is such a mass of people using Twitter makes it matter. Even if there is a superior technology to Twitter, if few people use the technology, it doesn’t really matter.

I have settled on both Twitter and Facebook as the “social networks” I use on a regular basis. I may have started using Twitter for merely technical reasons, and initially left because of them, but I came back for the people. The reason I joined and started using Facebook regularly was the same–the people.