iPhone In The House

It’s been a while since I’ve spent my own money on any phone. One of the benefits of having worked for Nokia for 10 years, I suppose. I could have easily continued to use my supply of Nokia phones until the standards changed or they all broke. Instead, I decided to go iPhone, or more specifically, iPhone 3GS.

Now, I only have had the phone for only 12 hours or so, so it’s difficult to have a fully formed opinion about the device. However, I like what I’m seeing so far. Most of what I am focusing on right now is things I do everyday.

I’m actually typing this blog post on an iPhone thanks to the WordPress app that I downloaded from the App Store. Typing in general on this thing will take some getting used to, but thanks to landscape mode and Apple’s intelligent spell checker as you type, it’s better than I thought. I wish every iPhone app supported landscape mode typing.

The App Store is great–to he point of being downright dangerous to your pocketbook. I was able to find a number of cool apps very easily. Tweetie is a great Twitter app, I like the RSSPlayer app. Other suggestions I will try in the coming days.

I’m finding the lack of multitasking on the iPhone to be less of an issue than I thought it would be. Most apps (at least the built-in ones) seem to intelligently pick up right where you left off. One problem I can already see is not being able to multitask in a call–something I do on my Nokia E71 often enough. The important apps multitask–namely the music and sync email.

The hardware is slick, no doubt. I like the Oleophobic screen, which makes it much easier to clean off. I like that there is a small switch to change the phone to silent mode. The camera is being tested, as is battery life. I took a sample picture using the iPhone 3GS camera and attached it to the end of the post. The WordPress app did resize it, I’ll have to post it to Flickr later on.

One thing that is working better than expected is the Stereo Bluetooth. Unlike my Nokia E71 where dropouts were common, it seems to work flawlessly with the iPhone 3GS. WiFi also seems to work better, but more testing is clearly needed. Certainly Apple’s networking stack is far less retarded than it is on Nokia handsets.

In short, I am liking it so far. I’m relearning how to do everything and I am finding it relatively easy to figure it all out. I can see why people love their iPhones. 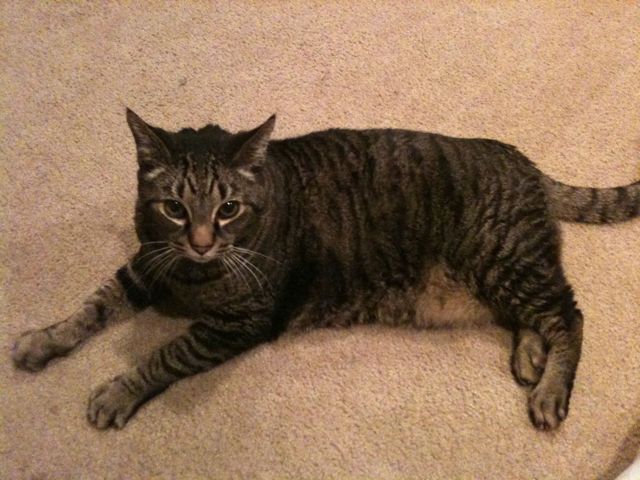