The folks at In Store Solutions have sent me a rather interesting piece of gear for review: the Yamaha PSG-01S, which is a USB speakerphone that is compatible with Skype. When plugged into the computer with the USB cable, the operating system treats it similar to a USB headset and is recognized instantly as an audio and microphone device.

I don’t normally go with speakerphones, mostly because I don’t want to disturb people around me and I don’t want to sound bad to the other person. The Yamaha PSG-01S solves at least one of these problems. If you’re about 12 inches from the microphone or so, you sound as if you’re on a wired headset to the other person! If you’re a little farther away, you still sound like you’re on a speakerphone, but the echo is greatly reduced. 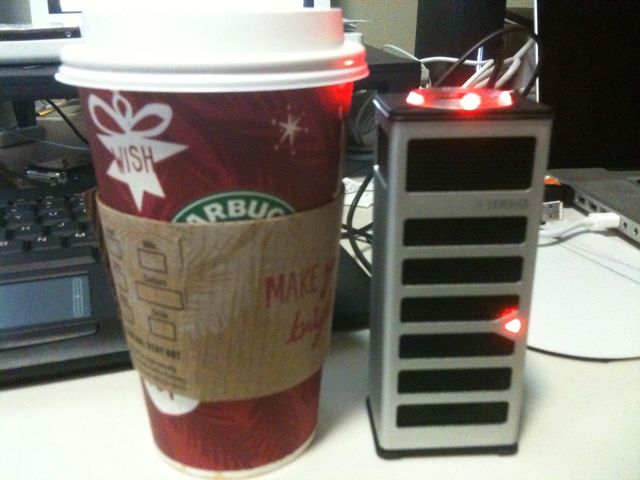 As you can see, the device is brick-shaped and roughly the size of a Grande at Starbucks. It’s very lightweight, but solidly built. 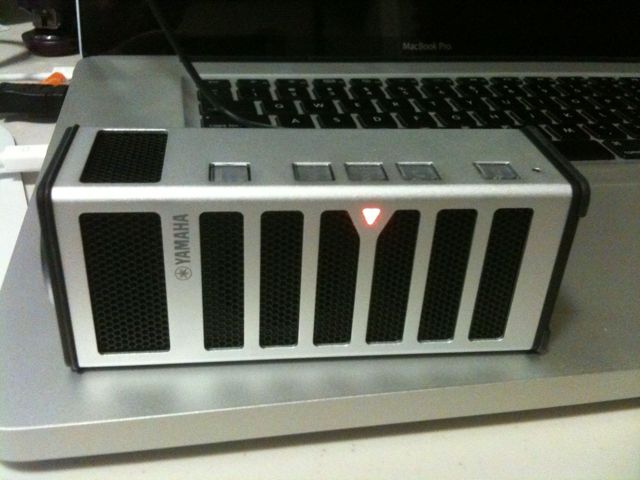 There are also buttons on the side of the device. Theoretically they will go “on hook” and “off hook” for Skype, but I did not test this on a Windows machine, where there are drivers you can install that do this. On the Mac, they are inactive. However, the volume button and Rec/Mic button work on the Mac (the latter functions as a mute button).

The audio quality of the device was fantastic. Both sides of the conversation were outstanding audio quality. Considering how much I generally detest the audio on speakerphones, that’s saying something. In music playback mode, the device also sounds superb.

While I’ve said a lot of good things about this device, I personally wouldn’t buy it for two reasons. My own personal usage patterns don’t lend themselves to speakerphones, so it’s not a kind of device I would seek out in the first place. The second, and perhaps more important aspect, is the price. At $219 in the US Skype store, it’s well outside of my price range. However, if you need an excellent quality speakerphone and money is less of an object, I’d say get it.