Review of Enzo’s Pinball for Android 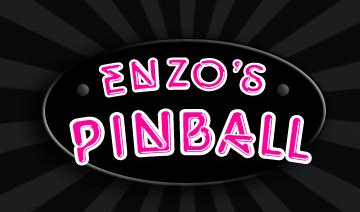 I don’t play a lot of games. For good reason: I tend to get sucked into them. I could easily lose half a day to a game, so I rarely start.

That said, I do on occasion indulge myself. I occasionally need to look at a game for my kids. Or I occasionally get asked to write a review of a game. Today’s distraction is a game for Android called Enzo’s Pinball, made by a company called Haptify. Their PR firm sent me a free copy of the game for review.

Being someone that owns a real pinball machine, I have fairly high standards for what a pinball simulation should do. Honestly, most of the simulations fail for a number of reasons.

Enzo’s Pinball is certainly one of the better versions I’ve played. It comes with three unique tables. The game was fairly intuitive to play, though I found it far too easy to get both flippers to flip on my Nexus One when I wanted one or the other.

Certainly $1.49 isn’t bad for a game of this quality. The game is fun to play and includes OpenFeint support so you can share your achievements with the world.