I recently bought myself an iPad 2. While that topic in and of itself is worthy of a blog post, at the moment I’ll focus on the fact that needed a case for it.

The obvious choice would be the Apple’s Smart Cover. While I’ve seen them in action, the main issue I have with them is they only cover the screen. They don’t necessarily cover the rest of the iPad. The fact it wakes and sleeps your iPad is nice. $40 for a piece of polyurethane and magnets (or $70 for leather) was a bit spendy.

When I was looking in Target yesterday, the only thing that looked like it might work was a case from Speck, more specifically the PixelSkin HD Wrap for iPad 2. I didn’t like it. The case was too hard to get on and the screen cover was not easy to fold up for propping up on a table (or holding for that matter). Really didn’t like it.

Fortunately, when I got home, I found a Hammerhead iPad 2 Hard Shell Case had arrived at my house. Katie, a PR rep from Sommerfield Communications, sent it over to review. It was very easy to get on my iPad 2. The cover easily folds up for either horizontal, vertical, or slated use. The cover turns the iPad screen on and off when it closes just like the Smart Covers. And the price through Amazon with free shipping? $39.99!

A better case for the money, if you ask me.

So you can see the case in action, I took a couple of shots of my iPad with the case in various conditions. I’m very happy with this case and, had it been available at Target, I would have bought it instead of the Speck. 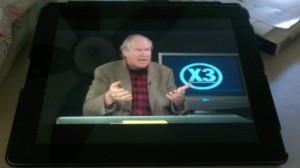 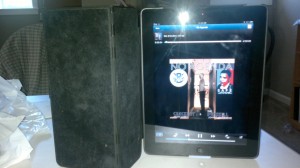 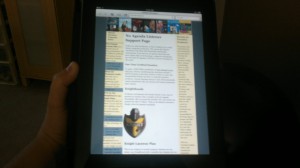