Think Outside Keyboard with iPad

I have a habit of keeping older technology around. Just because it’s not new and shiny doesn’t mean it won’t continue to be useful.

Such is what I have found with my Think Outside Stowaway Sierra Bluetooth Keyboard. I bought it back in 2007 to pair with the Nokia N800 tablet. While the Nokia N800 never lived up to its full potential (and given what’s Nokia’s plans are for Meego, one wonder why they bothered to release the N950), the Think Outside Keyboard can still be used with any Bluetooth-enabled Smartphone or, in this case, my iPad 2.

I remembered why I liked this keyboard initially: it’s more or less a full sized keyboard complete with arrow keys. This makes it very easy to type on. It also folds up into a reasonable size, which makes it very portable.

For the sake of argument, I’ve taken some comparison pictures with the Zippy BT-500, which is a portable keyboard I reviewed previously. As you can see, the Zippy keyboard is a smaller keyboard, but the keys are too cramped to type on comfortably. This Think Outside keyboard is definitely better to type on. 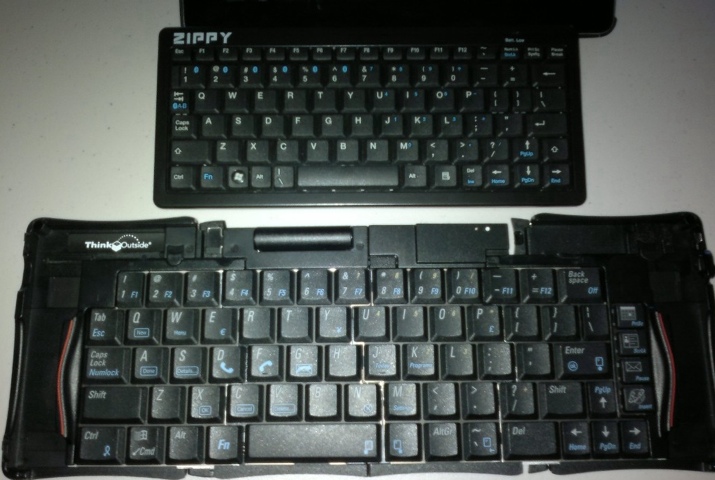 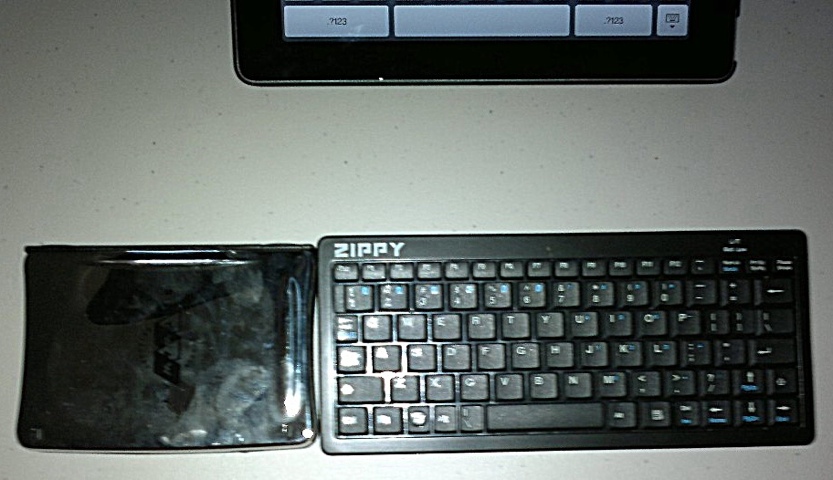 The only thing I don’t like about it is that the keyboard is not suitable for using on anything but a flat surface. However, I can’t complain about the cost of this keyboard since I paid for it four years ago. With a fresh battery, it still works pretty good.

Think Outside got acquired by iGo at some point and they’ve stopped selling these or similar keyboards. It’s a shame, because a variant of this keyboard will still sell pretty well today.