Every Man, Woman or Child on Skype Needs an Everyman Headset 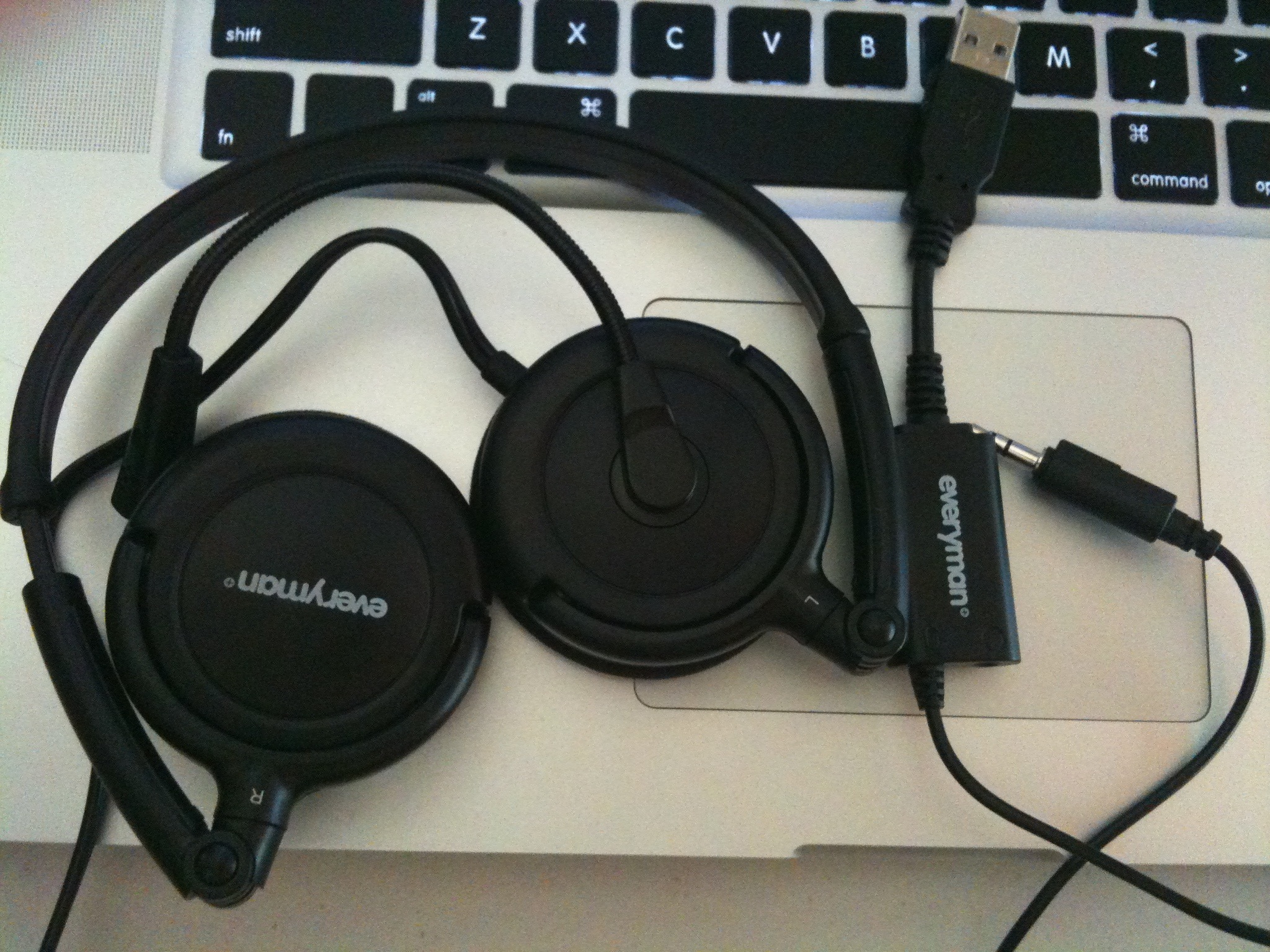 Yes, this headset from In Store Solutions is that good. It’s also surprisingly affordable at just under $23 shipped to your door from the Skype store! I’d be buying one right now if I didn’t get a review unit.

The problem is that PCs weren’t always equipped to do proper sound. I remember the days of the Apple II with a very simple speaker that you could coax into playing music. I also remember building my first PC and having to put in a Soundblaster card!

If you’ve bought a PC in the past 6 or 7 years, though, you know that sound cards are pretty much standard equipment these days. Actually, they’re just included on the motherboard, you rarely even buy an extra sound card these days! Unfortunately, what isn’t standard is the quality of said included audio. It varies widely. Not to mention having to remember to switch between speakers and headsets.

One of the ways to eliminate any issues with onboard audio is to use a USB headset. Audio is processed on the USB device itself. It shows up as a different audio device, which you can easily switch between in applications or the operating system.

I’ve been using a Logitech USB Headset for a while now. It’s fairly comfortable, the audio quality is acceptable. But it’s not very portable. And it wasn’t cheap.

The folks from In Store Solutions have made a comfortable headset that is portable, sounds fantastic, and is very inexpensive. It’s quite an impressive engineering feat.

As shown, the Everyman USB headset folds up flat so it can more easily fit into your bag. It is also quite comfortable, which is also important for someone who spends a lot of time using Skype on their computer. The boom mic is not rigid, allowing you to place it in the most optimal position: at the corner of your mouth! Since the earphones unplug from the USB dongle, the headphones can also be used on your MP3 player/iPod/iPhone.

While all of those are nice features, what sets the Everyman apart from all the others is the audio quality. Both the microphone and the speakers take full advantage of Skype’s new SILK_V3 codec, which operates at 12Khz. When SILK_V3 is being used along with these headsets, it’s quite literally like you’re in the same room with the other person. There is nothing like it! Other reviewers are saying similar things.

The headset arrives in a very compact, easy to open box made out of recyclable cardboard and paper. You open it up, plug the headset into an open USB port on your computer, and you’re ready to make calls on Skype.

When you consider the price: under $23 shipped to your door, purchasing this headset is absolutely a no-brainer. It will be one of the best investments you can make to improve your calling experience with Skype.