PhoneBoy Speaks Ep 555: Is App.Net Dying or Not?

My thoughts on how some in the App.Net microblogging community are viewing recent events and “facts” that have come to light. TL;DR version: keep calm and ADN on.

Some extended thoughts and history on this topic after the podcast embed.

Visit https://phoneboy.com/ps for more information about PhoneBoy Speaks and to find past episodes.
Donations of audio processing time from Auphonic are welcome!
PhoneBoy Speaks Ep 555: Is App.Net Dying or Not?

There seems to be a misconception on the Internet that app.net, or ADN for short is, or was, depending on your point of view, little more than a paid Twitter clone. This includes people that have actually used the service. It is the furthest thing from the truth, but I completely why people think that way.

To understand what it is, one only needs to go back to Dalton Caldwell’s Audacious Proposal from 2012:

What I have been building at App.net

I have been working on a service called App.net for the past year. App.net is a paid service for mobile application developers. In addition to the publicly available App.net developer tools, we have been spending the majority of our engineering resources the past 8 months building a “secret project”.

This “secret project” consists of a consumer-facing iOS app & service. During this development process, we have spent a great deal of time thinking about realtime feeds, developer APIs, and creating a service that we enjoy using. It’s also worth mentioning that this iOS is the highest-quality piece of software my team has ever built. We have learned a lot of native app development lessons the hard way… but tough lessons ultimately yield fantastic software.

And now, my audacious proposal

I believe so deeply in the importance of having a financially sustainable realtime feed API & service that I am going to refocus App.net to become exactly that. I have the experience, vision, infrastructure and team to do it. Additionally, we already have much of this built: a polished native iOS app, a robust technical infrastructure currently capable of handing ~200MM API calls per day with no code changes, and a developer-facing API provisioning, documentation and analytics system. This isn’t vaporware.

So that’s what app.net was: a realtime feed API and service. In other words, plumbing that could be used to make any number of realtime applications, including a social network, but nothing strictly limited you to that.

Alpha is an application that is built on the App.Net backend. In fact, it was originally designed to be a proof of concept of the App.Net APIs. Dalton Caldwell said so himself:

We shipped an alpha version of App.net. You can browse the global feed at alpha.app.net. This is a webapp that we built in the last two weeks on top of our documented API. Think of this web application as a “proof of concept”.

That app? Looks very much like Twitter. And, for the longest time, was what you saw when you first visited the app.net homepage, Alpha–or apps that accessed that real-time social feed–was promenently featured.

Given how the vast majority of people general public rarely dig into things, and the technology press kept repeating variations of the phrase “App.Net is like Twitter except you pay for it” and even App.Net’s own “join” page included the phrase “App.Net Is an Ad-Free Social Network,” the nuanced reality of what App.Net really is–a platform on which a number of social media apps could be built–disappeared from the minds of the vast majority of people.

Thus when people look at what is going on with Alpha (or their favorite client that taps into the public App.Net social stream) and see that the “activity” (public posting) looks “low,” they think “App.Net is dying.” There has been countless posts by various people who look at the publicly available stats on Appneticus and other places saying “activity is down.”

Speaking from my own experience, social network activity goes through ebbs and flows. My own activity on social network varies depending on what’s going on in the offline world.

That aside, the recent app.net State of the Union post by Dalton Caldwell painted a different picture:

As many are aware, the first major round of subscription renewals from the original App.net launch happened a few weeks ago. We have been anxiously anticipating what our subscription renewal rate would be in order to do budgetary planning. Since we have not been sure what to expect the renewal rate to be, we mentally prepared ourselves for a wide variety of outcomes.

The good news is that the renewal rate was high enough for App.net to be profitable and self-sustaining on a forward basis. Operational and hosting costs are sufficiently covered by revenue for us to feel confident in the continued viability of the service. No one should notice any change in the way the App.net API/service operates. To repeat, App.net will continue to operate normally on an indefinite basis.

The bad news is that the renewal rate was not high enough for us to have sufficient budget for full-time employees. After carefully considering a few different options, we are making the difficult decision to no longer employ any salaried employees, including founders. Dalton and Bryan will continue to be responsible for the operation of App.net, but no longer as employees. Additionally, as part of our efforts to ensure App.net is generating positive cash flow, we are winding down the Developer Incentive Program. We will be reaching out to developers currently enrolled in the program with more information.

So people subscribed in enough numbers to keep the servers running but not pay for any full time employees. And the developer incentive program shut down–more signs that people interpreted that ADN is dying.

Developers who built apps other people used when the DIP was shut down got a consolation prize: a free lifetime developer account. That’s something but how much development will people do for a platform and service that is “dying?”

Turns out: more than zero. ADN itself open sourced their web-based Alpha client, which a couple of enterprising lads have “forked” and are running as Alpha Revive. An entirely new microblogging client called Blixt launched to huge fanfare for it’s UI. A service called NiceRank was developed, which ADN app developers can use to provide a view of the Global stream, which Chimp 2.0 now implements. And yes, Chimp 2.0 was recently released as well after having been in development for several months.

That said the community that is continuing to keep ADN alive is there for the microblogging. What we don’t know is where the money is coming from to keep the app.net servers online: from microbloggers or from people using other parts of app.net. It doesn’t matter as long as there is enough money and Dalton and Bryan have continued interest in keeping the service going.

Until we find out more facts in this area, there is no reason to panic. or to stop using app.net. Sure, make alternate plans and connect via other networks, but that won’t stop you from continuing to use app.net for the foreseeable future. 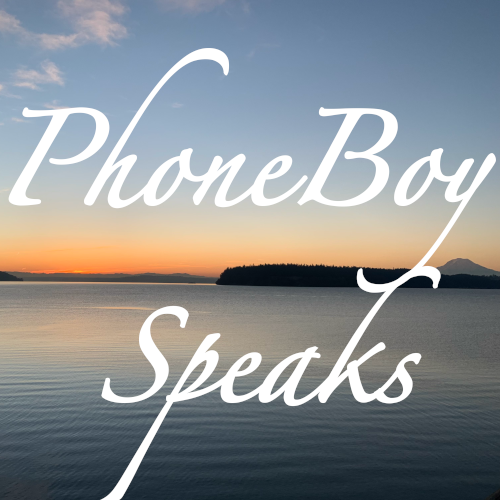